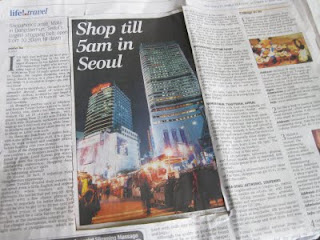 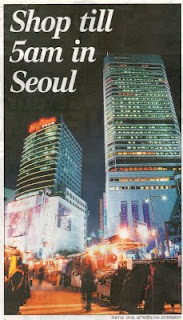 On Tuesday 13 October 2009 The Straits Times Life section travel page published an article on Seoul's shopping belt. The places mentioned brought back fond memories of this sleepless city in Korea. In January 2001 we visited our son and his family in Seoul and stayed with him for more than a week. His 3 bedroom apartment was at Libery House at Hanandon which was near the shopping belt. The snowfall had stopped but snow could still be seen in many parts of the city. During our stay we visited Namdaemum, Dongdaemun, Migloire and Doosan Tower. The latter two shopping malls had a few basements with hundreds of locked up stalls in rows facing each other. The passage ways were narrow and we had to jostle with the crowd and push our way through to move on. We ended buying nothing on that day because of the crowd. However, we went back a few times to make purchases. Besides the shopping belt there were places of interests for tourists. We visited the palaces and toured the palace grounds with a guide. We also went to Insa-dong, the art centre. Art works such as painting, ceramics, antiques and souvenirs could be obtained from the shops and roadside stalls.
Itaewon, another shopping area was famous for imitation branded goods especially the luxury leather goods such as handbags, accessories and lugguage. We had a bad experience on the way back. We took a public bus there and expected the bus to return the same way. Instead, the bus ended half way at the bus terminus. We got out of the bus and walked to the main road. Fortunately, I recognised some of the landmarks and walked all the way back the our apartment. Looking back, it was quite an adventure walking and recognising the landmarks.
I learnt of Yongsan Electrical Market and ventured there alone by public bus. The large shopping mall had nothing but electrical products. There were a mix of Korean and Japanese made electrical goods consisted of cameras, tv sets, fans, refreigerators, radios, computers and many others. There were many side roads and all the roadside stalls were selling mainly computer parts with a mix of radios, fans and other smaller items.
As for Korean food we ate from hotel restuarants, home catering, food shops to roadside stalls. All the meals came with a variety of kim chee (Korean pickle). There was a Kim Chee Museum showing more than a thousand different kinds of kim chee. Still, I love our bak chor mee, nasi lemak, laksa, roti prata and other Singapore food.
We had another adventure on the way to Seoul International Airport. That morning it was snowing heavily. Due to the traffic congestion we arrived at the airport just in time. Unfortunately, we were at the wrong airport terminal. We had to take an airport bus to the other terminal. Time had been wasted waiting for the bus and by the time we arrived, the SIA flight had taken off. We waited for 12 hours at the airport for the next flight home as all flight in and out of the airport had stopped because of the heavy snowfall. What an experience! It was also my first time seeing snow falling like cotton from the sky. 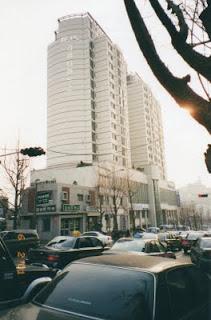 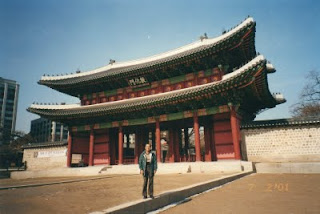 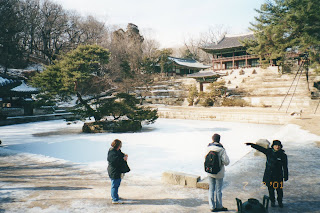 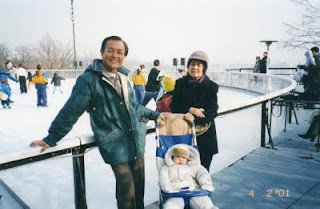 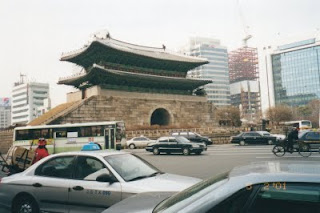 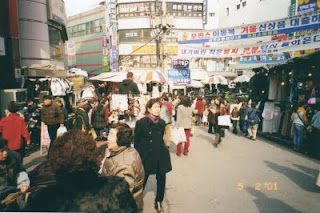 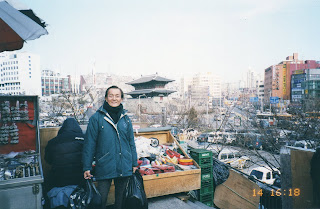 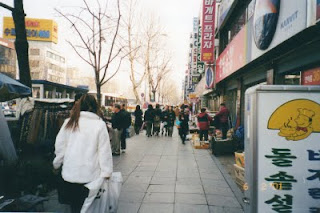 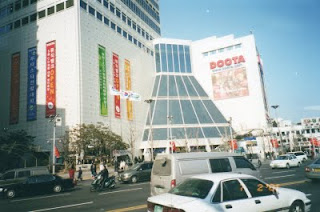 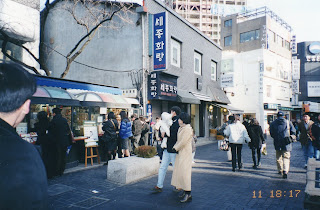 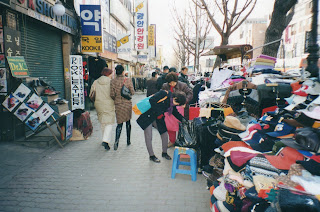 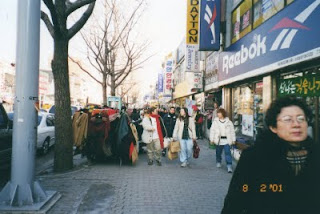 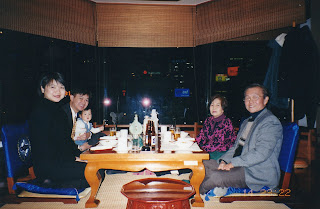 At a hotel restuarant 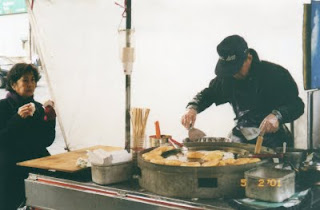 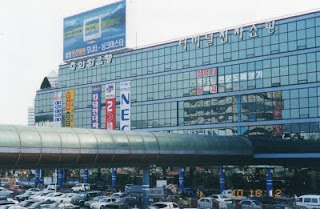 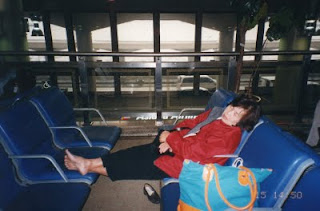 Slept at airport while waiting for the flight 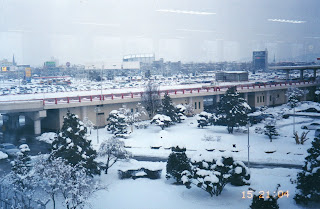 Seoul Internation Airport carparks
Posted by PChew at 8:38 AM