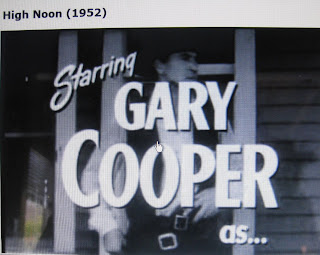 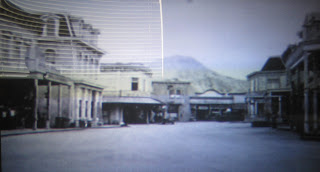 Old Western Cowboy Town
Can you guess what movie scene is it?
Clue:
1) The movie is a 1952 western production
2) The town Marshall was forced to face a gang of killers by himself
3) The co-star in the movie was Grace Kelly

Our senior citizens should have no problem with the answer.
Posted by PChew at 8:56 AM 6 comments:

Many of us grew up with movies and tv series. When we see the shows repeated on the tv or cinema screen after a long time, our minds would flashed back to the good old days. In Singapore we seldom have 40 to 50 years movie or tv repeats, especially those in black and white. Here in US you are able to watch them daily. 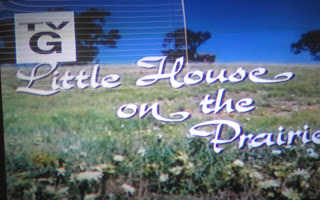 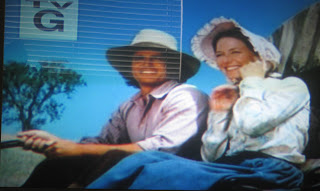 I saw Little House on the Prairie. The characters in the story were Pa, Ma, Mary, Laura and baby Carie. I remember John Landon who acted as the father and Melissa Gilbert as Mary. I quickly made a search on my son's tv which has more than a hundred channels. Fortunately, it did not take me long to find out the channels that showed old movies or tv series such as The Beverly's HILLIBILLIES, Gunsmoke, MASH and many others. 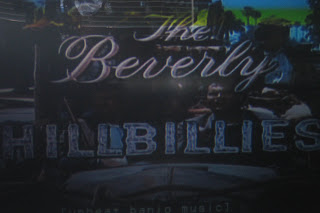 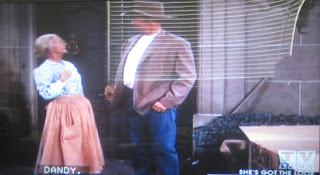 Those who had seen black and white tv in the old days would remember The Beverly's HILLBILLY'. The family consisted of uncle Jed and his mother, young man Jethro and the girl called Jane. It was a great comedy show then. 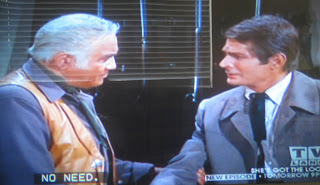 The above picture is from Gunsmoke. The man on the left is the Marshall from Dodge City 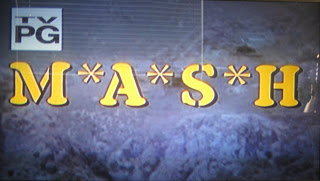 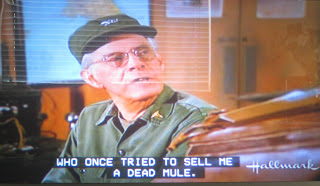 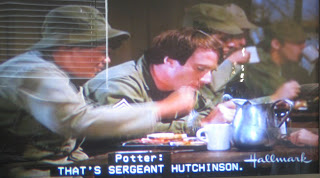 MASH was another popular comedy in bygone days. I am sure most of you had seen the series could remember the above characters.
Posted by PChew at 10:05 PM 8 comments: 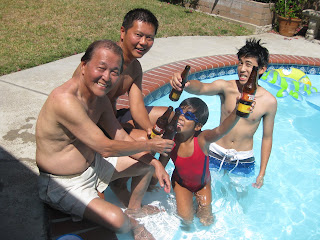 My son and my grandchildren 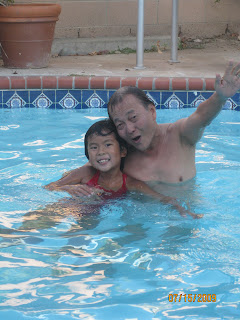 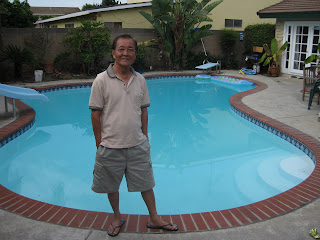 Swimming pool behind the house


I am here already a week. How time flies. My son and his family lived in Anaheim, California. His house has a swimming pool and we swim almost daily as the day temperature here is between 80 to 100 degree F. Wine and beer are very cheap and needless to say we drank like fish especially by the poolside in the evening.

Disneyland is nearby his house and nightly there is fireworks before closing time. I could watch it from the backyard or for better viewing, from a back window on the upper floor. 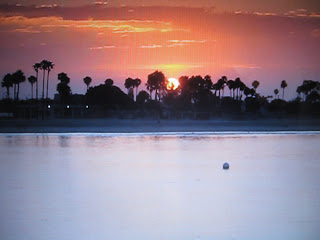 On Saturday morning I and my son went fishing at Belmont Pier, Long Beach. We started at 4.30 am and drove for about 30 minutes to the site. There were many types of fish in the sea. On that day, there was a lot of sardine fish. A Phillipino family had half a pail full. We were targeting for other types of fish and managed to get nine. When we arrived at the pier the sun had not risen yet and there were few people. Later more and more anglers appeaered and by 10.00 am the pier was crowded and also time for us to head for home. 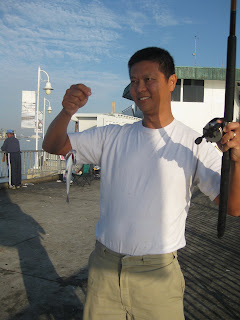 My son holding his catch, a croaker 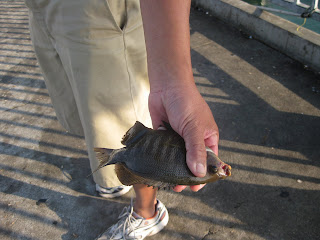 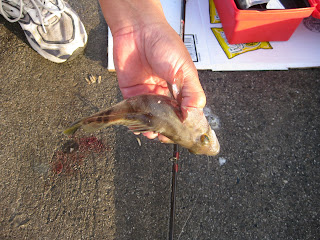 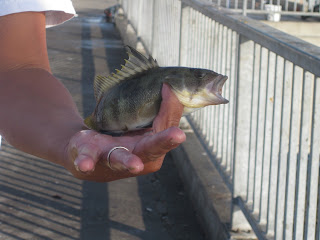 This fish is sand bass 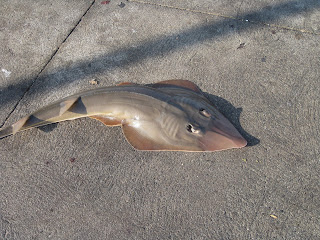 This fish is sand shark 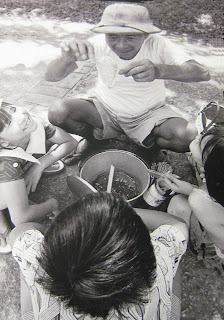 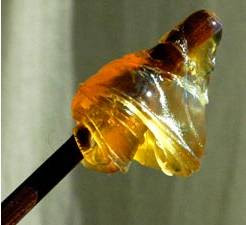 This is a nostalgic picture. I am sure all the old timers out there had seen the like of him before. Some might have seen him performing his skill. What was he doing?
Posted by PChew at 3:35 AM 12 comments: