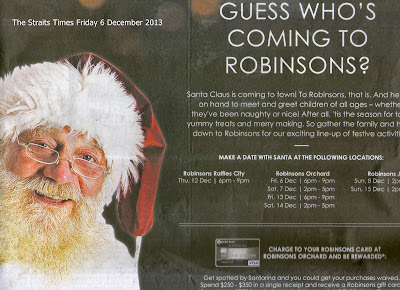 Above is Robinsons Departmental Store advertisement. Santa Claus is coming to town (Robinsons Store). He will meet and greet children of all ages. It is the seasons for toys. At Orchard there is light up at night for the festive seasons. Many adults especially the senior citizens in organised groups went to town to feast their eyes on the light up and street decorations.

Fast backwards about 45 years ago, there was no light up at Orchard Road. The largest departmental stores Robinsons and John Little were at Raffles Place and the small ones like Metro was at High Street. The attraction for children then was at Raffles Place. Children went there to see Santa Claus riding a reindeer sledge loaded with gifts. (see photos below). Those who visited the two departmental stores were mostly 'ang moh' and the upper class Singaporeans. The toys were made in Europe or US. and were expensive. Furthermore, there were not many Christians then. Today, Christians as well as non Christians celebrate Christmas.

In 1968 I took my two eldest children to Raffles Place to see Santa Claus riding a reindeer sledge. My kids like to touch and run around the exhibits. They also went into the sledge and sat besides Santa Claus. I took the opportunity to snap a few photos. They are good for the Singapore Memory Project. 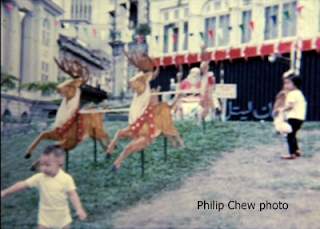 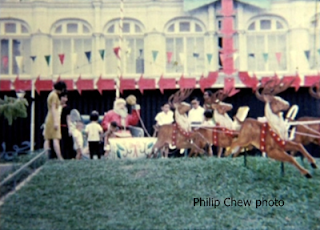 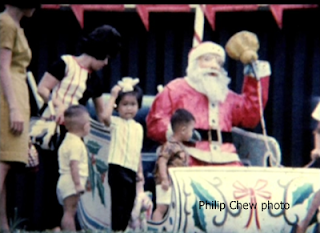 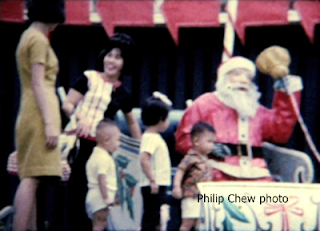 Christmas is just around the corner and every year my family celebrates the festive seasons. It is also a family gathering for us. We have a Santa Claus giving out lots of present to the kids and adults at every Christmas. We shall sing Christmas carols to be followed by a sumptuous dinner. Below are some of the photos video clips taken last Christmas. 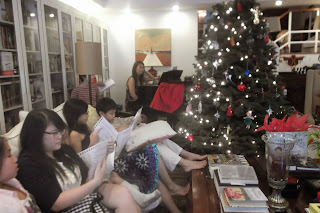 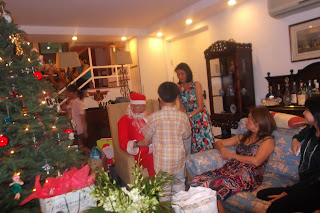 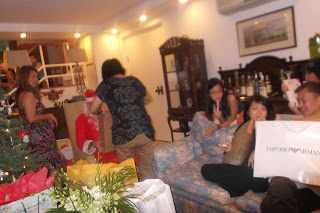 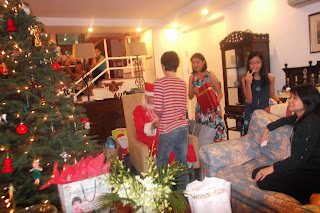 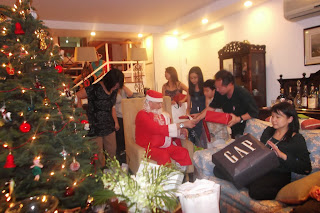 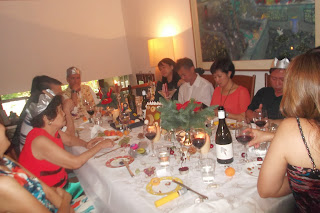 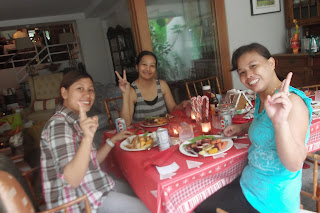 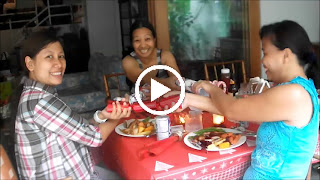 our maids having fun 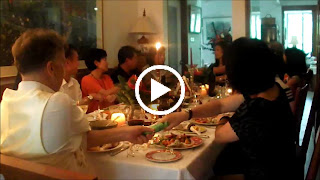 cheers!
Posted by PChew at 5:07 PM No comments: