Adele Wong is doing research to write a book about Tai Thean Kew Circus. It was a family circus owned by her grandfather. She is asking those who have memories of the circus to share their experiences and make contributions.

She wrote to me: "Please do circulate my blog about the Tai Thean Kew Circus to all your friends who might have any memories of it. The book is based mainly on my grandparent's memory, sometimes I don't understand certain things they are explaining to me, espoecially about the circus acts and about the insects they used to catch when they were children. It is a very special project to me though and I am very surprised to find so many people out there with blogs about yesterday in Singapore." Her blogsite is: http://taitheankew.blogspot.com/
Posted by PChew at 11:54 PM 2 comments:

In April 1962 I and my wife was on honeymoon in a French boat MV Vietnam. It was a cargo cum cruise ship. There was segregation between the first class and economy class passengers. Western food was served with a free bottle of French red wine at every meal. The ports of call was Saigon, HongKong, Kobe and Yokohama. It was a round trip cruise and we got to see HongKong and Saigon again on our return journey. During that period North Vietnam was ruled by the communists after the French was defeated in 1954 at the battle of Dien Bien Phu. South Vietnam's ruler was President Ngo Dinh Diem. He was anti communist and pro American.

When the ship landed at Saigon harbour, the passengers went on a land tour of the city. Saigon appeared peaceful and business carried out as usual. We did not know then that fighting between the communist Vietcong and South Vietnamese Army was just outside the city. We were taken to the botanicl garden cum zoo, the central market and Cholon district in Chinatown. The streets were lined with hawker stalls and the central market crowded with people. Many stallholders and shopkeepers were Chinese women who spoke Teochew. They traded in textiles, clothes, gold and jewelleries, dried goods and food. At Cholon Chinatown market, the traders were mostly Chinese Cantonese. It was seista time at noon and the market stallholders closed shops to take a nap. Along the way, we saw the slum of Cholon where people lived on both sides of the river. Their botanical garden was just a park and the mini zoo had very few animals. 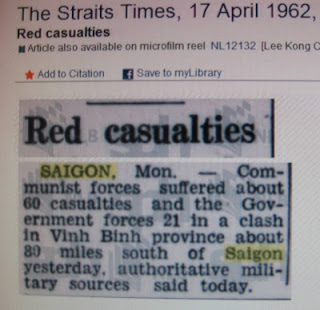 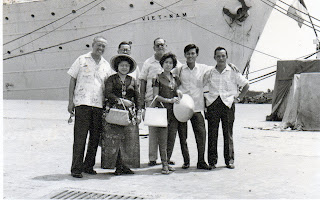 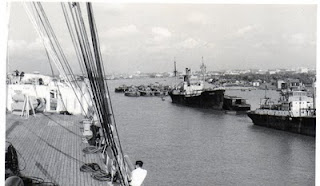 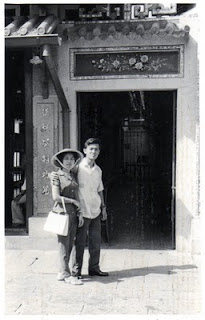 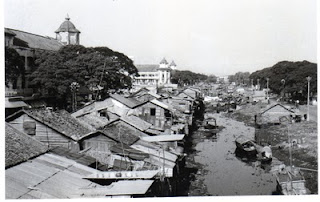 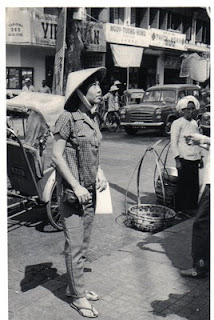 A street scene in Saigon 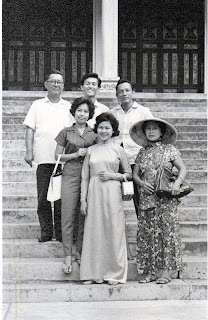 A building at Botanical Garden 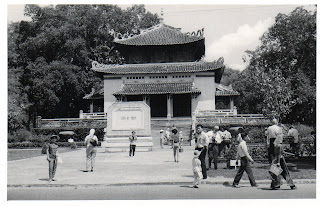 Another view of the building 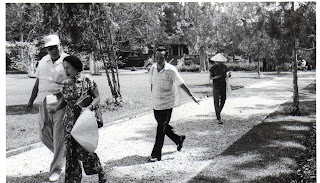 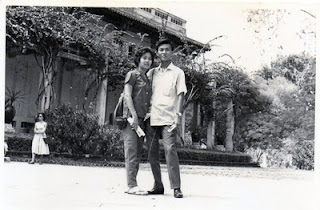 Another building at the Botanical Garden 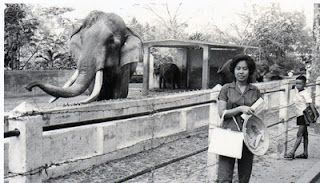 A mini zoo at Botanical Garden 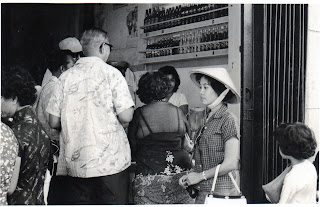 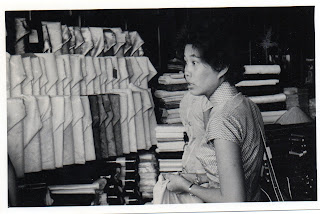 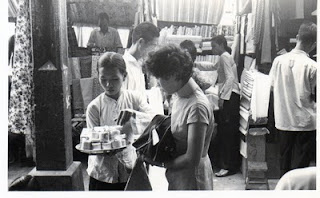 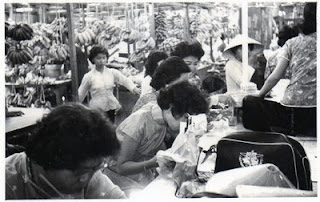 Food stalls at Central Market
Posted by PChew at 1:00 AM No comments: 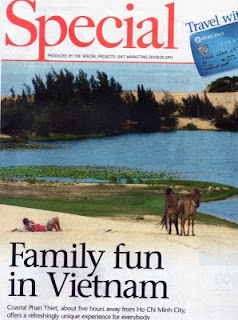 The above article reminded me of my holidays at Phan Thiet beach resort more than 10 years ago. At that time my son was working in Ho Chi Minh City and I visited him every year. There was one occasion my friend and I went to a beach resort at Phan Thiet. On the way there, we came across rows and rows of dragon fruit plants. We stopped to examine the plants and found that they were not plants but were actually vines that needed support to grow up like plants. Wooden poles were planted on the ground so that dragon fruit vines would creep upwards. We found them on sale at the markets and stalls by the roadside. They were very good to look at especially the big ones but never tasted sweet. In Singapore too I could hardly get a sweet dragon fruit. 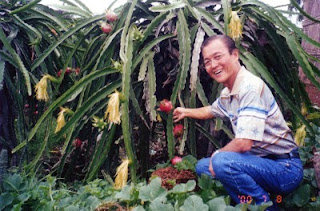 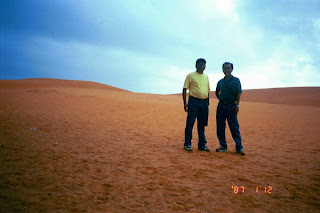 Slightly inland from the coast of Phan Thiet was a place that appeared like a desert. Above picture shows that we are in a desert. There were many sand dunes too. Actually there were bushes and trees nearby and also a small village. The houses were near the coast with many fishing boats and nets hung on poles to dry. I think the villagers were mostly fishermen. 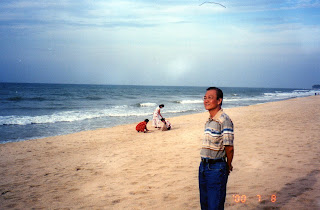 Beach cleaners on the background 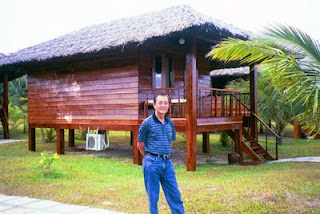 Chalet near the sea 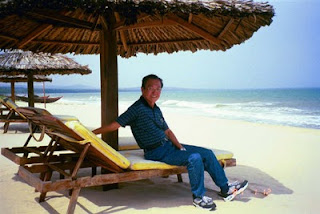 I forgot the beach resort name. It was off season and we had the beach all to ourselves. There were many chalets like we had above. Guests could also choose to stay at the hotel within the resort. The beach was very clean. The resort owner employed workers to pick up litters at the beach every morning as you can see in the picture below. 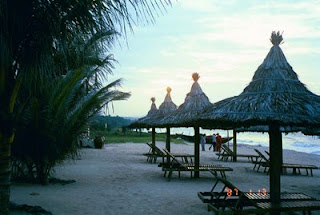 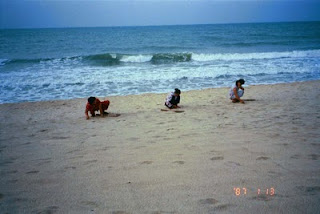 The three are workers cleaning the beach.
Posted by PChew at 10:20 PM 3 comments: