Old photographs evoke fond memories especially to the older folks such as I. Recently I viewed some photos of my children at Nallur Road. My memory switched to 1960s like a time machine. At that time my wife's parents were living there in a bungalow with a large compound. The main building was built on stilts. It had a living room and 2 large bedrooms, one on each side of the centre passageway. A staircase at the side of the building led to the living room. Another staircase was at the back of the building led to the kitchen and wash area. It was the standard design of a single storey house in flood prone area.

My in-laws' house became a day care home for my kids. Every morning I deposited my children with them and in the evening after dinner I took them home. It became a routine. I started with 2 children, then 3 and finally 4. When my third child arrived I employed a maid as a helper. She was from the nearby fishing village.

My children liked the wide open ground where they played, jumped, cycled and run about. I bought them a bicycle each and a dog to keep them company. I also installed a swing that could sit four persons. 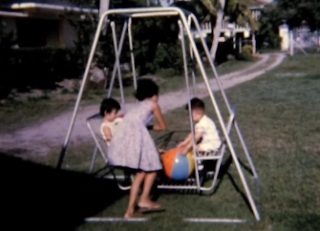 The teenager maid helped to look after my kids 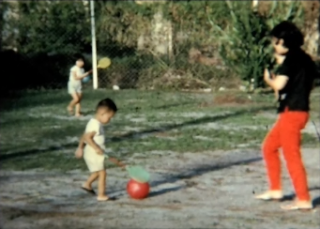 My wife played with the kids 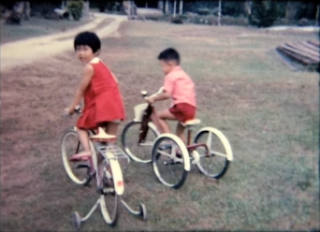 Cycling in the wide open compound

My growing up years was with my grandma. My dad seldom visited me and I did not experience a father's love. It was a good lesson. I put it to good use. After office time I played with my kids to be close to them and to establish family bonding. The beach at the end of Nullar Road was about 100 metres away. It was a narrow strip and completely covered with water on high tide. On week-ends when the tide was low I took them there to play- build sand castle, dig sea shells, and walked along the beach to pick up shells and pebbles.

Nullar Road beach was not popular with outsiders because of its narrow beach and the sea water was dirty and polluted. Nearby was a  large sewer pipe that discharged dirty water and rubbish into the sea. 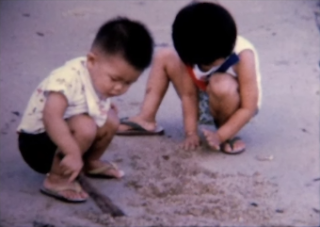 My children digging sands at the beach 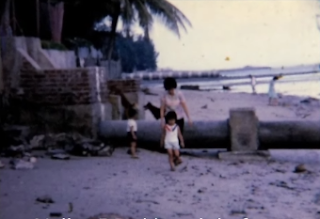 
Nullar Road then was a narrow strip of dead end road suitable for 2 motor cars to pass in opposite directions. There was few houses as most of them were bungalows with large compound. Cars were cheap without COE but not every house had a car. Therefore, the road was quite safe for kids to play and cycle with adult supervision. 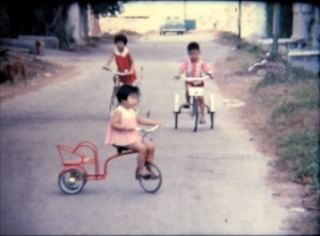 My children cycling on the road

I remember the Good Shepherd Convent Kindergarten at Nullar Road. It had a chain-lined fence. the building was facing the sea but entry to the premises was from a gate at Nullar Road. On the opposite side across the road was Tan Lark Sye's holiday house. Facing the sea was a concrete wall fence with a gate and a staircase that led to the beach.

On 16.08.2013 I went to memory lane at Nullar Road to see the changes. Nullar Road has been widen to a four lane carriageway. Almost all the old houses have disappeared. They are replaced by apartment blocks and terraced houses. The Good Shepherd Convent Kindergarten is still at the same site but has lost its sea view due to land reclamation. The beach is now Marine Parade Road and building blocks have taken the place of the sea. New buildings occupy Tan Lark Sye's holiday house. Part of the wall fence is still there. The old staircase that once led to the beach is also intact. The stretch of wall fence that acted as a sea wall reminded me that the beach and the sea were once there. 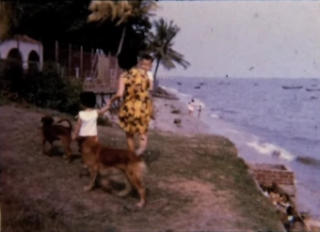 Kindergarten building at background on the left 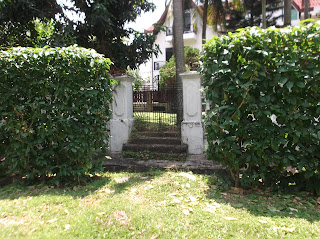 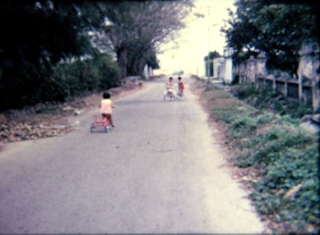 Nallur Road facing the sea then 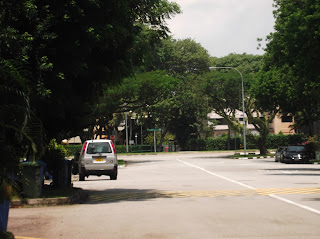