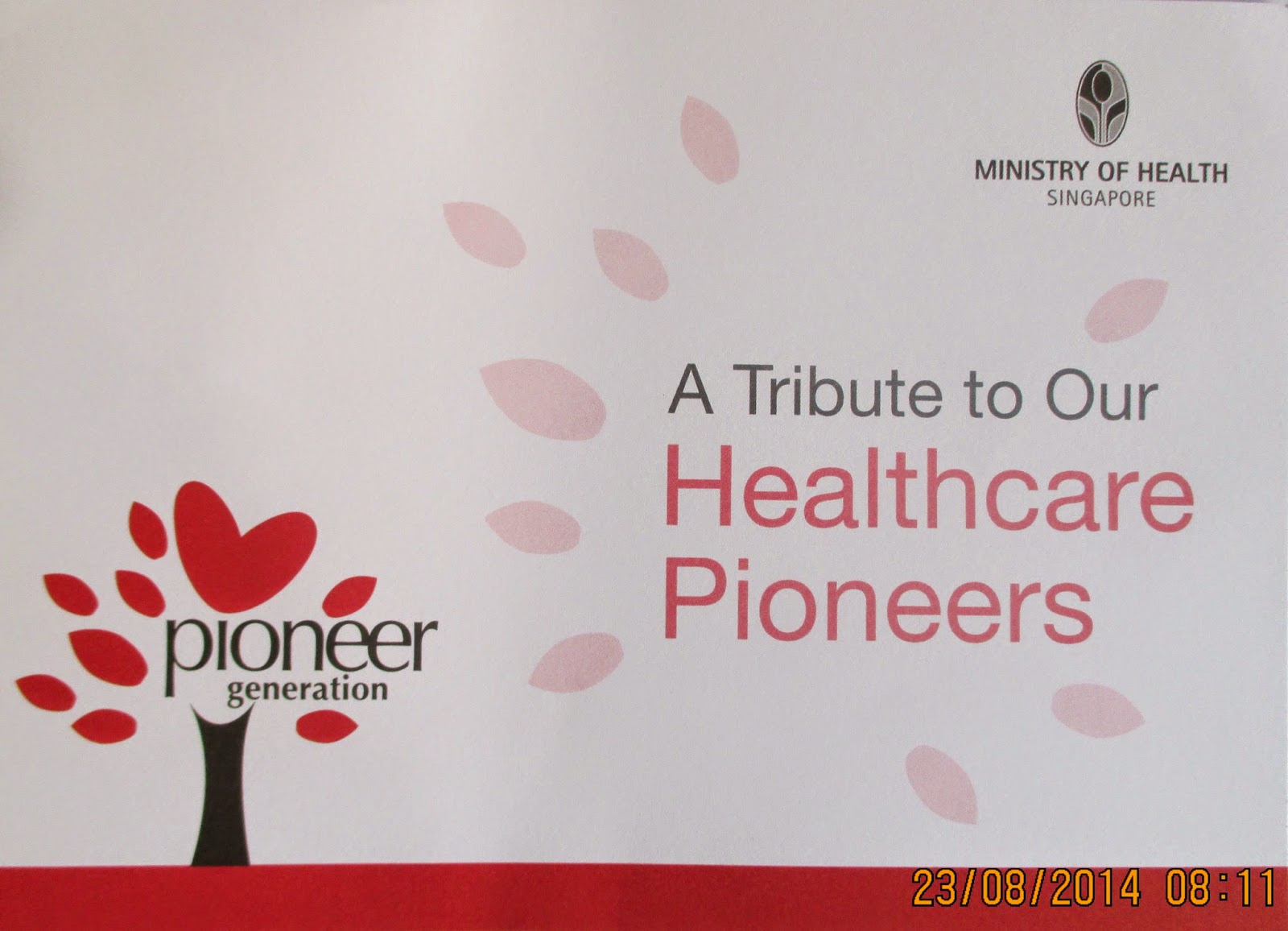 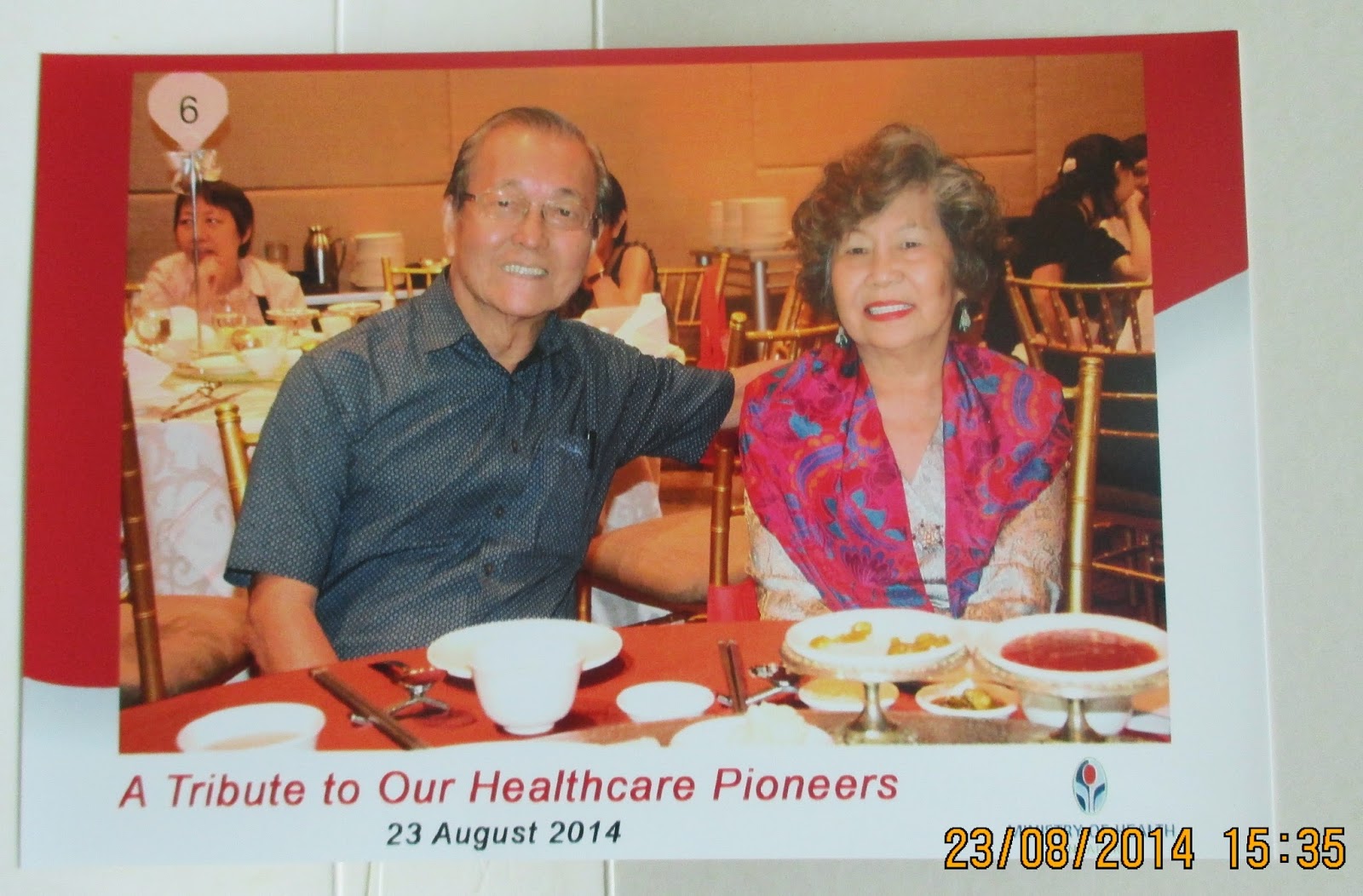 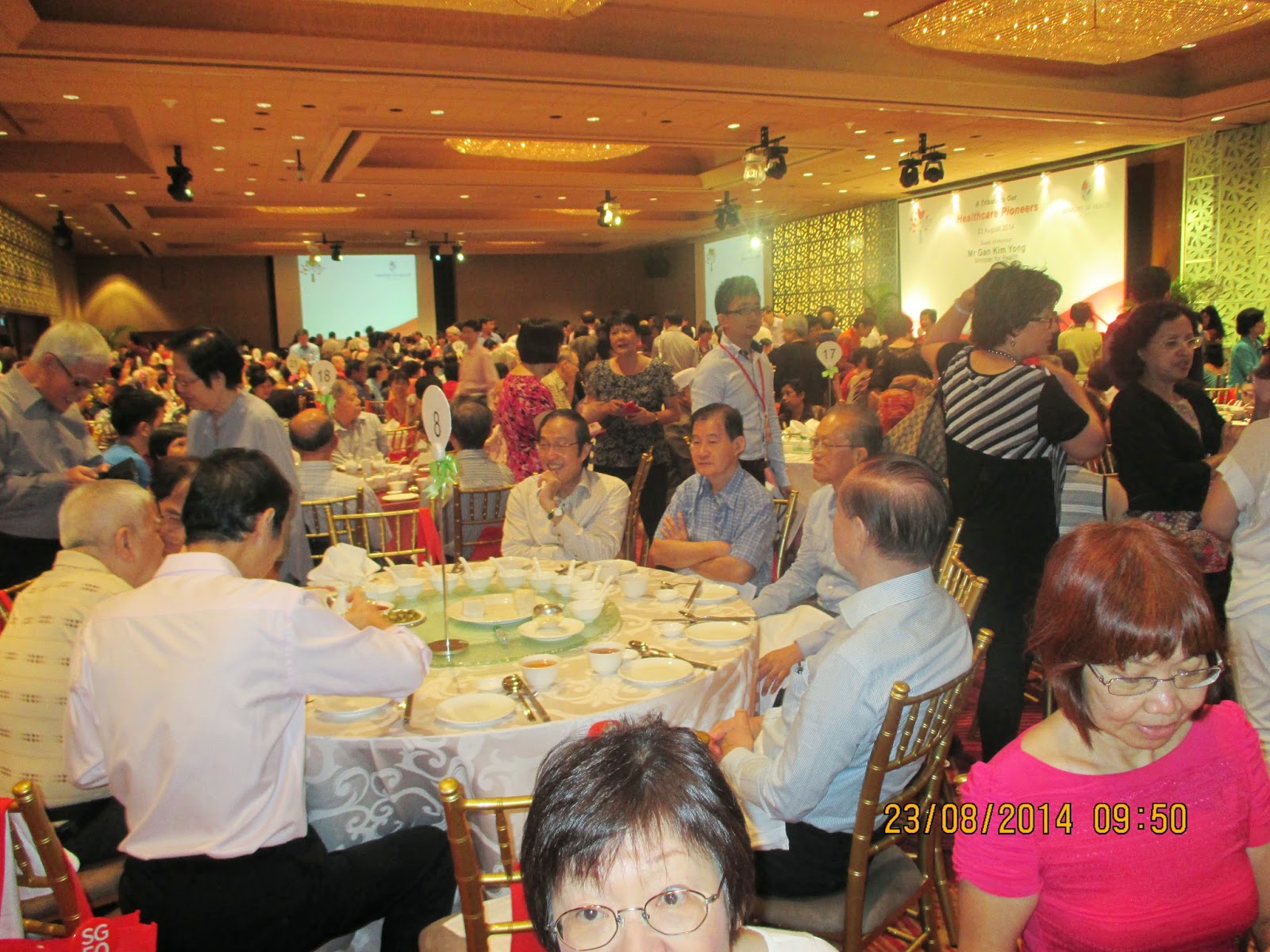 “As we look back over the last five decades, no matter how big or small you think your role has been, the progress and achievement we have today is a result of the dedication and hard work from each one of you.”
Minister of Health Gan Kim Yong
On Saturday 23 August 2014 I attended the Pioneer Health-care lunch hosted by Minister of Health Gan Kim Yong at Mandarin Orchard Hotel, Grand Ballroom. More than 400 people were at the function. Majority of them were seniors and former staff  of the Ministry. There were music, songs and dances during the seven-course lunch
The Health Minister paid tribute “to the sweat, the tears and sometimes the blood” that pioneer health workers had shed.

His speech was appropriate as far as the public health inspectors were concerned. During our outdoor site inspections especially in the hot sun, we did sweat a lot especially during a survey for mosquito breeding. Checking open ground was alright but inspecting a septic tank for mosquito breeding was all sweat plus a “bonus”. I had to remove the heavy concrete slabs that covered the tank so that I could check for mosquito larvae. I spent some time to remove the concrete slabs and later to put them in-place again. It was not an easy job and I sweat a lot.

But you had the “bonus”!

At another incident I was nearly stabbed by a pair of scissors from an illegal hawker at Circular Road. Fortunately a colleague saved me. The street was crowded with people looking for bargain and illegal hawkers setting up stalls on the road. The five-foot way was obstructed by crates and bales of textiles. We were there with police escorts to clear the obstructions and the illegal hawkers. It was so crowded with people that we were separated and I was on my own. That was when an illegal hawker attempted to stab me with a pair of scissors. He did not had the opportunity to plunge the scissors onto my body and disappeared  in the crowd.

A colleague of mine was not so lucky. He was stabbed by a butcher at Cambridge Road market while on duty. So blood was shed. The culprit was arrested and charged in Court. He was found guilty and jailed.

There were a few other life threatening incidents, but I was just doing my job.