In 1974 I was working in Jurong and my office was at Block 107 Corporation Road. It was a two storey shophouse. There were altogether 10 such blocks  plus 4 blocks of high rise residential flats. The blocks of flats No 63 to No 66 were in a diamond shape formation.  At the center of the 4 blocks was a supermart. The area was bounded by Corporation Road/Yung Kuang Road/Corporation Drive/Yung Sheng Road. 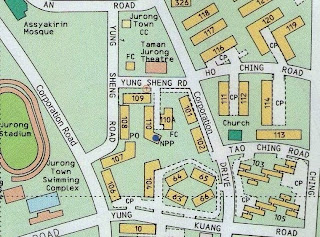 I remembered the UOB Bank at Blk 106 where I got my first credit card. It was a classic credit card. A few years later UOB Bank upgraded my classic card to a gold card for no apparent reason and it was free. Another memorial incident was with the Citi Bank at Blk 108. I invested in foreign exchange and was assigned a personal consultant who explained to me the high interest rate and the risk involved. I was new to foreign exchange investment but was tempted by the high interest rate. In less than a year that country revalued its currency  twice. The bank consultant never call to warn me. By the time I withdrew from the investment, I suffered a great loss. It was a costly lesson.
The supermart at the diamond block is NTUC FairPrice. It is one of the oldest, or perhaps the oldest NTUC FairPrice  supermart in Singapore. It was originally known as Pioneer Industrial Employees Union (PIEU) supermart. The Head of the union was Phay Yew Kok.  He was wanted for cheating but he absconded and disappeared completely.


Recently I took a walk down memory lane in Taman Jurong. I retired 20 years ago and I took a bus to the place where I had fond memory. Bus No 98 from Jurong East Bus Interchange stopped at Corporation Drive in front of Block 116/117. I looked across the road and could not find familiar landmarks. In fact, I was disorientated. There was block No 101 but where were the remaining blocks. Then I realized that the present Block No 101 was a new building. I remembered the old Blk 101 together with other blocks of 2 storey shophouses and the diamond shaped blocks of high rise flats were on the opposite side across Yung Sheng Road 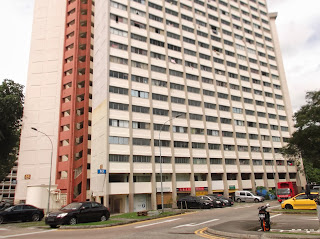 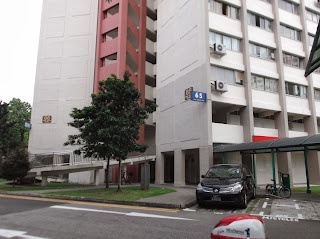 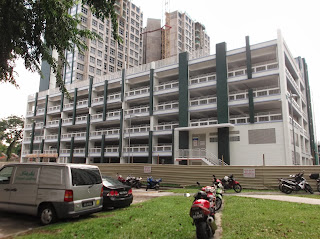 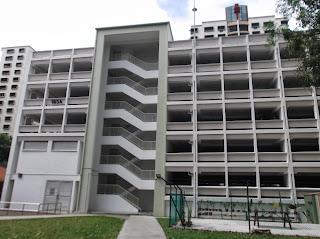 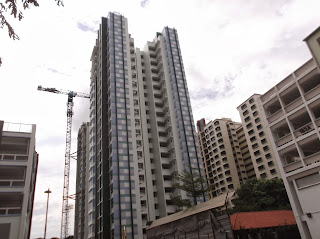 
In fact, the present Blk 101 has occupied the site of former Shaw Taman Jurong Theatre. Behind the theatre was the 15 stalls hawker centre. There was also a Toto booth by itself. It was operated by an Indian hawker. The food centre has been replaced by a 2 storey market and food centre. Facing Yung An Road was Jurong Town Community Centre. The community centre building has also been upgraded to a larger building and is now known a Taman Jurong Cummunity Club.


Next I was looking  for block 107 where my office was located. I remembered the building was opposite Taman Jurong Stadium. I walked to Corporation Road and found the stadium. Opposite the stadium across Corporation Road were new blocks of building under construction. They  blocked the view of my former office block of shophouses. I looked up and saw the high rise diamond shaped flats. I was confidence then that I was at the right place. I went towards the tall buildings but could not find a single 2 storey shophouses. They had been demolished and replaced by new high rise flats and multi storey carparks. 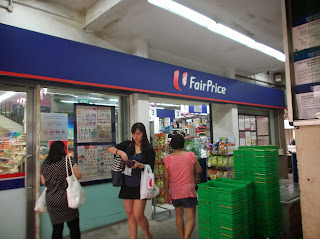 
During my visit,  I managed to cover only 2 areas. I hope to go back to Jurong to make new discoveries another time.
Posted by PChew at 12:44 AM No comments: