In 1950s Singapore and Malaysia were still ruled by the British and together was known as Malaya. During my secondary school days, there was a students' magazine named Young Malayans. It was first published in 1946 in Kuala Lumpur. The monthly publication was distributed throughout Malaya, British North Borneo (Sabah) and Sarawak. I subscribed to the magazine as there were not only many interesting articles including those contributed by students, especially from Leslie Fong who wrote Chinese stories about filial piety but also a pen pals column. I wrote to many whose names appeared there. Writing to pen pals was my favourite past time and I spent a lot of time and money buying stamps, envelopes, writing pads and taking photos. In school I studied Malayan geography and travelling to the mainland gave me the opportunity to see the various plantations and tin mining methods. As the saying goes "a picture is worth a thousand words". I also got to meet my pen pals. Actually it was like killing 2 birds with one stone.

I travelled by bus and train to Ipoh, Kuala Lumpur, Klang, Malacca and Segamat. It was difficult to fix an appointment with my pen pals because of communications. We had no phone at home, the mail was slow and unpredictable. It was also a problem finding their homes especially those living in small towns like Kuala Lipis, Betong and others. Nevertheless, I manage to meet up with pen pals in KL, Klang, Seremban and Malacca. My most memorial visit to them was the one at Klang town. She invited me to lunch with the family in her house. Later she gave me a guided tour to Port Swettengham, now known as Port Klang. My male pen pals were all in Malacca. They came from rich families. One is now a private medical practitioner in Orchard Road, Singapore.

A pen pal wrote love letters to me. She usually signed off her letter with drawings of two hearts overlapping with the abbreviation of our names P & E. I met her in her hometown Seremban, but her parents allowed us to meet for a very short time. See the reverse side of her photo below. 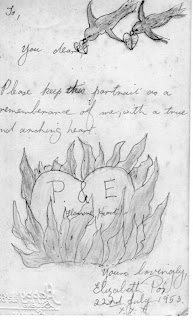 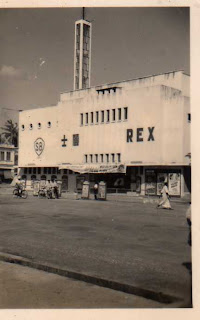 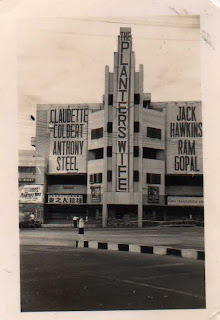 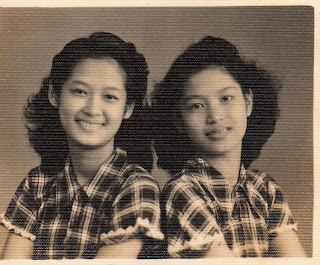 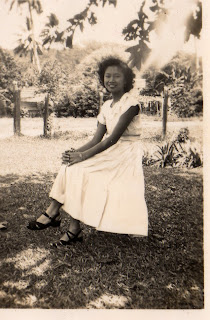 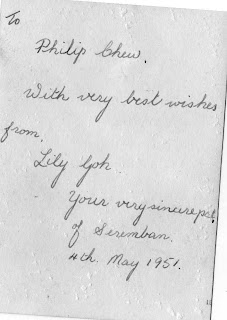 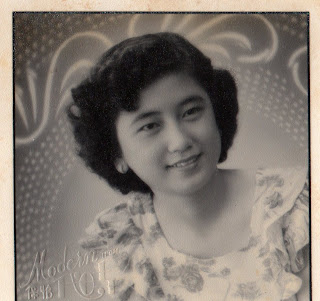 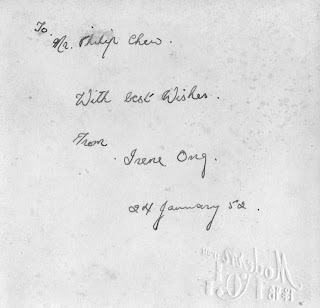 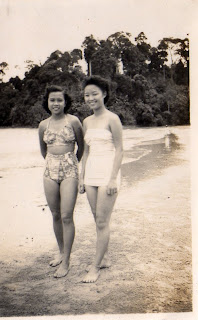 Pen pal Lillian on the left from Seremban 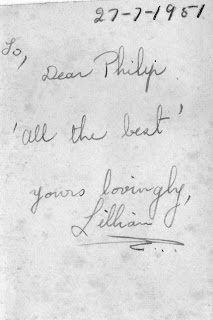 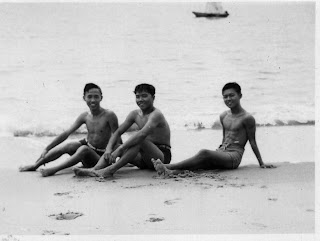 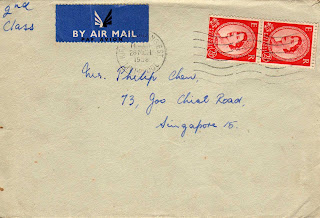 A letter from a Malayan pen pal studying in England 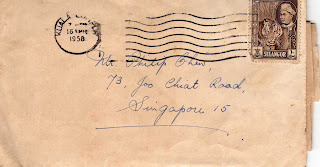 Letter from Maureen Lim of Klang 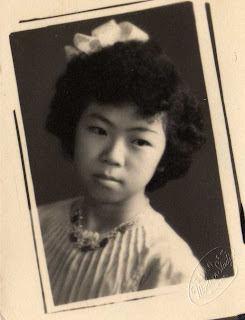 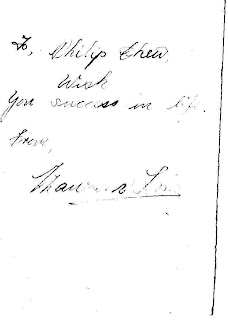 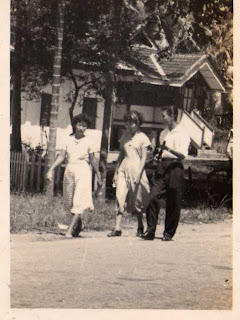 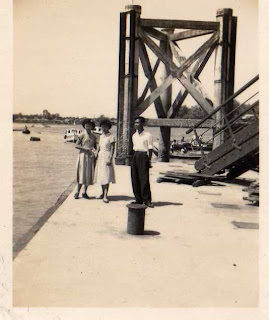 All the beautiful girls above are by now grand mothers with many grand children. How time flies!
Posted by PChew at 1:14 AM 7 comments:

During my childhood, many relatives and friends came to the house for new year visits. They knelt down before my grandma with two oranges in hands and wish her longitivity or good health. It was usually uttered in Hokkien as "chia lau lau or lau cong kian". Kneeling before an elder during the Chinese New Year was also a Peranakan tradition. They spoke in Peranakan Malay "mak/nenek (mother/grandma) panjang umor (long life)". For the single adult and children, grandma gave each an ang pow and said some good words. It was full house as visitors arrived from morning to evening. Lunch and dinner were served for those who came at the appropriate time. There were gambling sessions of mahjong, poker, pah kow and even 'si go luck'.


On the 8th day grandma offered prayer of fruits and dried vegy on an altar placed at the front door entrance. Long sugar canes with green leaves were place on each side of the door. A strip of red paper was wrapped around each sugar cane liked tying a ribbon. Praying began at 8.00 pm with lighted joss sticks on a vase-shaped vessel and ended at 12 midnight.

On the 15th day, grandma's house was a gambling den again. Every year my uncle bought one to two crates of fire crackers. The cost was shared by all the gamblers. It was an annual affair, almost liked a tradition. Gambling stopped just before midnight and all the guys gathered at the five foot way of the house ready to fire the fire crackers. At the stroke of 12 everyone in the neighbourhood lighted the fire crackers and threw them onto the road. It caused such a din that one could hardly hear the other talked. The road was so smokey and motor vehicles had to move very slowly to pass through. It was also full of small pieces of red paper from the fire crackers like being carpeted. The Chinese New Year festival ended when the neighbourhood was quiet once again.

This Chinese New Year we had about 80 visitors in the house. They arrived family by family from morning to evening. Majority came on the first day. Children were given an ang pow each. Visitors also gave ang pows to the children who came visiting. My wife cooked mee siam, longtong, kueh pie tee, fried chicken wings, curry, kueh ko swee and nonya agar agar. Everybody got to eat her cooked food. Chinese New Year festival is coming to a close soon on chap ngoh mei. My family will have another gathering of merry making and interacting. There will be no explosion of fire crackers to mark the end of the occasion. 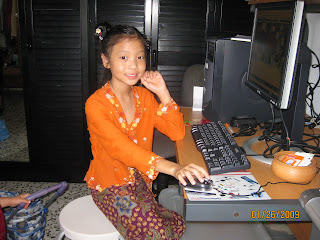 My grand-daughter dressed for the occasion


My grandson and his friends at the computer game


Arrival of my daughter's family


Arrival of other visitors


My brother-in-law and his family


My cousin and her 3 generations family 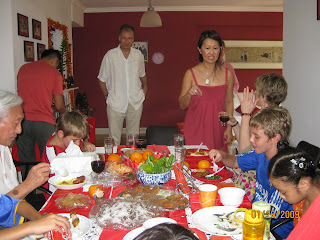 Foreign visitors with her 2 kids 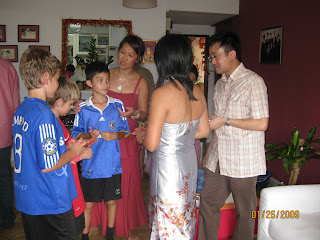 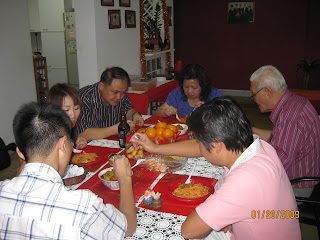 Visitors having dinner
Posted by PChew at 12:27 AM 2 comments: