Haw Par Villa's original name was Tiger Balm Gardens, built in 1937 by 2 Chinese brothers Aw Boon Haw and Aw Boon Par.
In 1988 the park was handed over to Singapore Tourist Promotion Board. It was renamed Haw Par Villa Dragon World and a fee was charged for each entry. The park's present name is Haw Par Villa and admission is free.
Shirley Ee Jia Xin

Hello everyone, my name is Shirley and I'm with the Singapore Tourism Board. Here's a preview of the Haw Par Villa tour for Reliving HPV, conducted by Jeya from Journeys! Because you are Belinda Tan's kakis, extending my invitation for you to come for a special preview at 9.30 am, 16th March?

(above invitation is quoted from Facebook)
I signed up for the 16th March tour but I went to Haw Par Villa on  9 March 2014 which was a week earlier. I waited and waited for more than half an hour and nobody showed up. Then I realised my mistake. Anyway, my visit was not wasted. I took photos and reminisce the past as I past each gallery.


Fast rewind: In 1951 I took a friend from Malacca to Haw Par Villa, a place full of Chinese myth. I was so proud to show him our places of interest. Furthermore, he was able relate with the mythical Chinese story depicted by the various statues lining up on the side of the footway. Each group of statues had a story to unfold. For Madam White Snake, it is about filial peity. It's 'unity' for  Xuan Zang and his three disciples – Monkey God, Pigsy and Sand Monk.
As we were walking up the slope towards the arch, suddenly I heard voices from our group "take picture here" pointing to the arch. The group picture at the arch is now very precious to me as it holds fond memory of 6 decades. 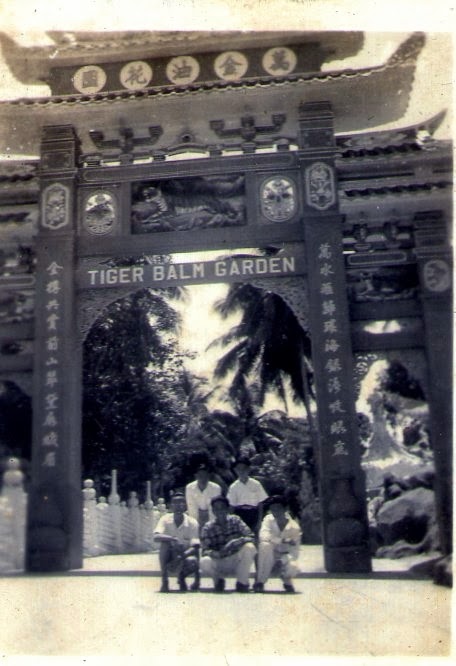 We took more pictures along the way. I remember the statues with the mythical story of "Journey To The West". The spider demons transformed  themselves into beautiful women, was tempting the monk Xuan Zang . At that time the female statues were naked.  Now they are all dressed up. Another scene showed the mermaids sunbathing in the pond. Fishes with eyes wide open were feasting on their naked body. The mermaids are now above ground sunbathing in peace without the fish staring at them. 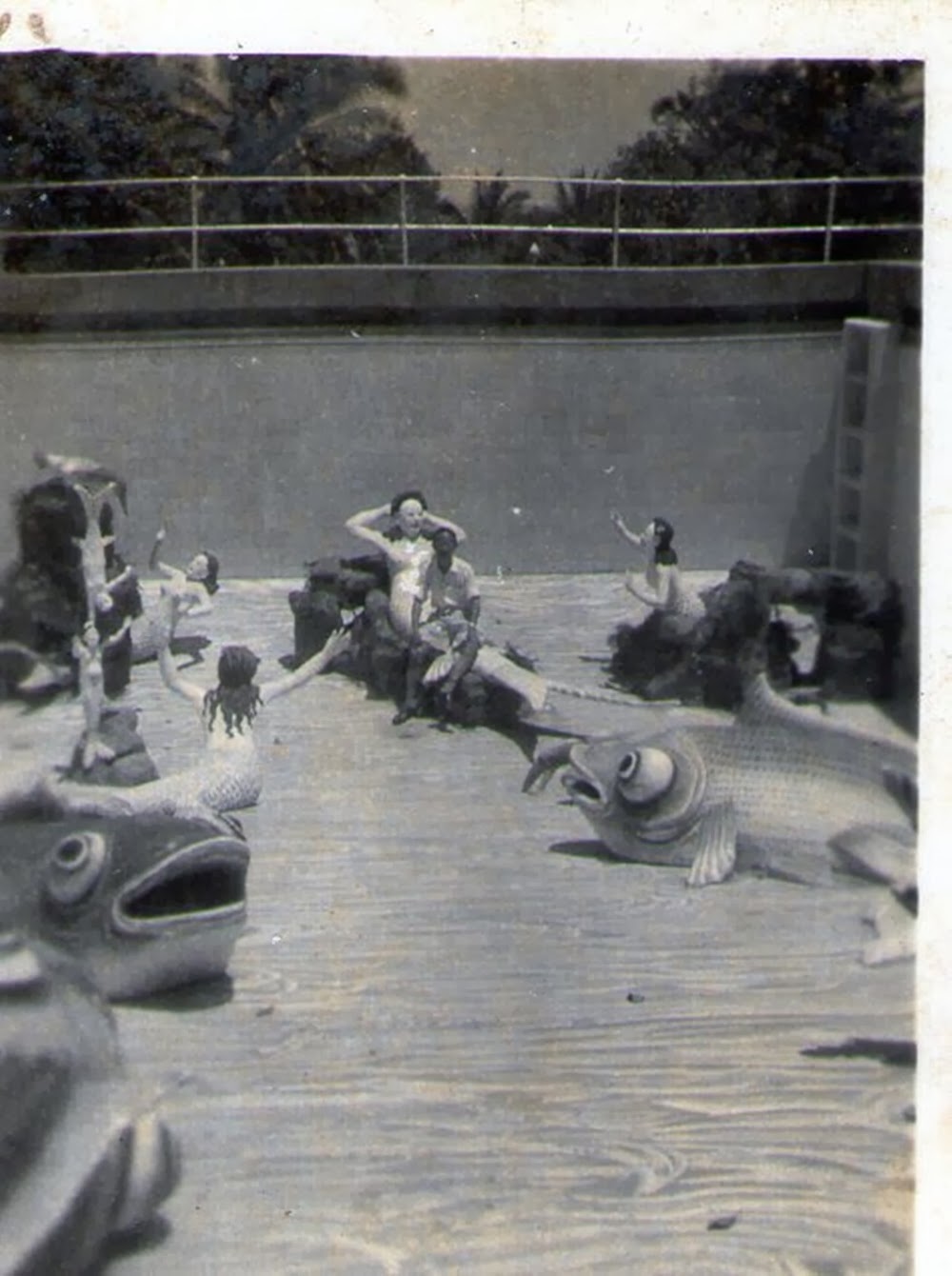 Fish with large eyes looking at the mermaids

My last fond memory of the villa was the statues of naked women together having a bath. They are still there but no longer naked. 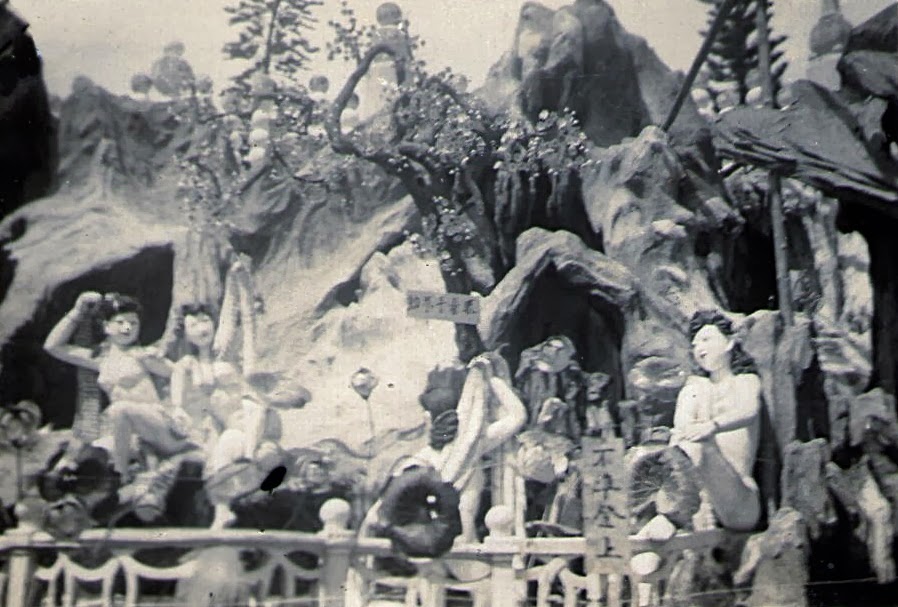 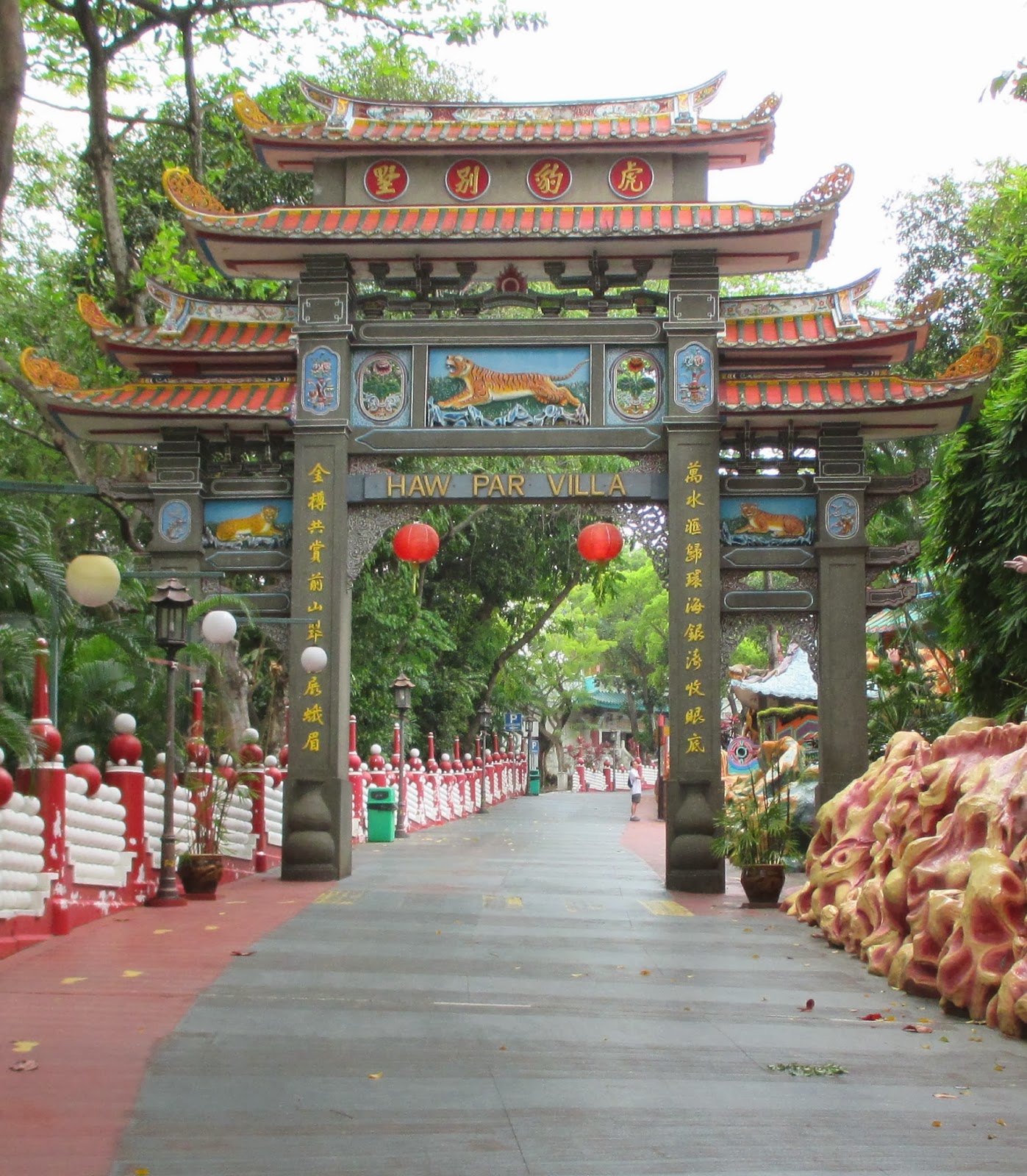 Compare the difference between the 3 black and white photos with the 3 coloured ones.
Look at the English words written on the arch. In 1951 the words were 'Tiger Balm  Garden'. Now it is Haw Par Villa. As for the Chinese characters, there were five characters before but now it has only four characters Hu Bao Bieshu. The mermaids in the pool had moved and are now above ground without the fish staring at them. The women bathing together were naked then. Now there are covered. 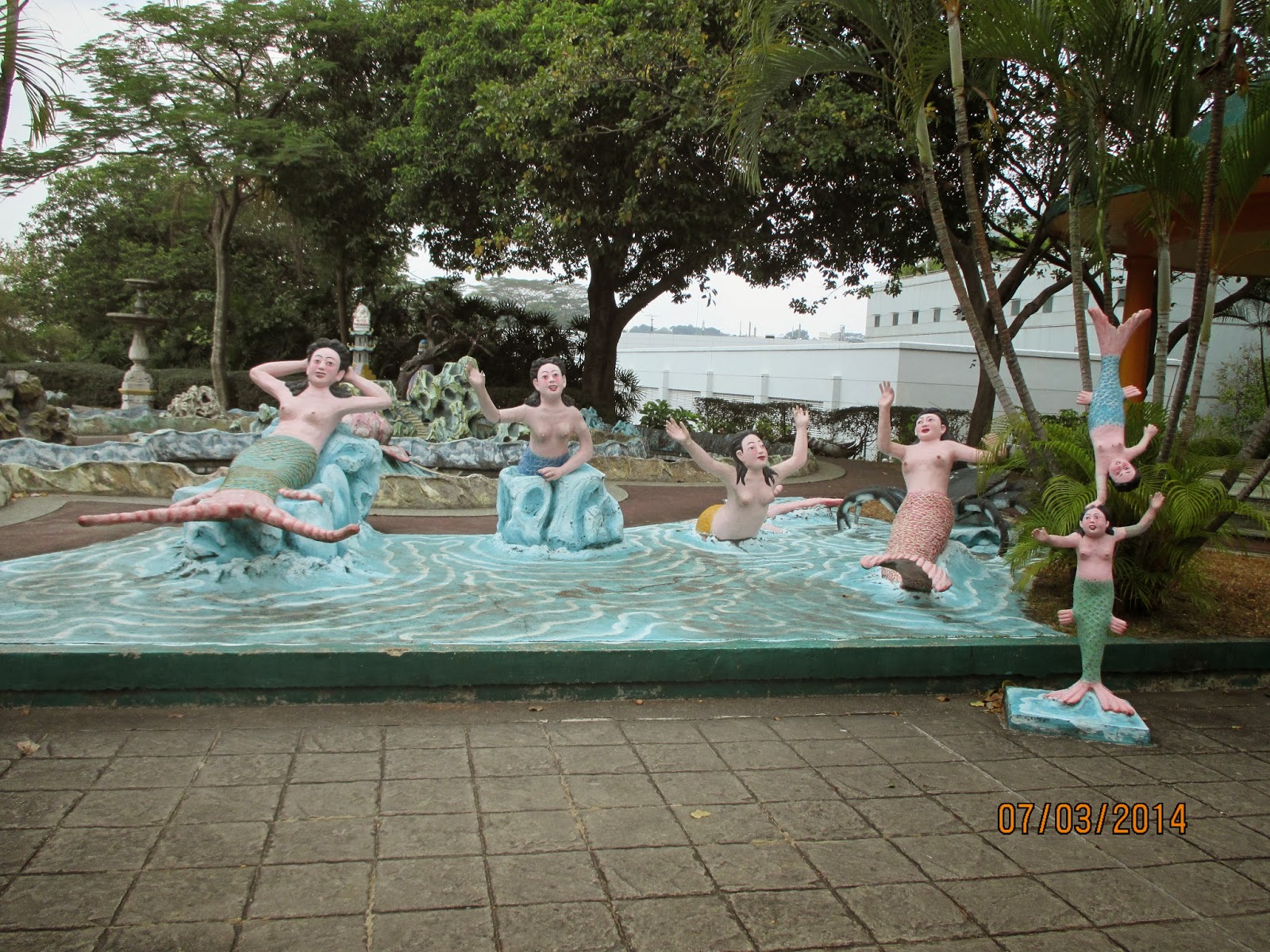 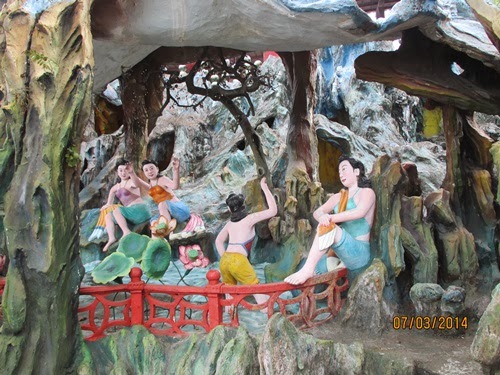 Yellow Culture made them dressed up


Normally I am not free on a Sunday and therefore unlikely to go there next week. I shall miss the opportunity to meet Belinda and her kakis. See you some other time Belinda!