I have many black and white photographs taken about half a decade ago. Occasionally I looked at them and reminescence of the happy days I had with my children when they were very young. I came across the photos taken at Kallang Park in early 1960. It was a park barren of buildings except for the children's playground. Going to the park was by your own transport as there was no bus service going to the park then.

Among the play areas was a wading pool for children to play in the water. It was later filled up with sand and became a sand pit. Children built sand castles and imaginery monuments. Other play things were sea-saws, swings, slides and merry-go-rounds. In addition there were colourful tunnels for children to play hide and seek. All the play areas were near each other and children moved easily from one to the other.

Today the landscape at Kallang Park has been transformed into a sports complex plus entertainment places and food outlets. Soon the famous 'Kallang Roar' National Stadium will make way for the Singapore Sports Hub. 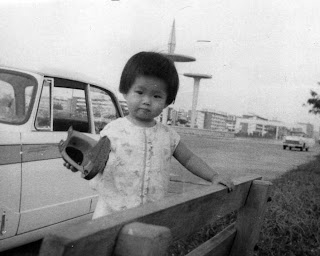 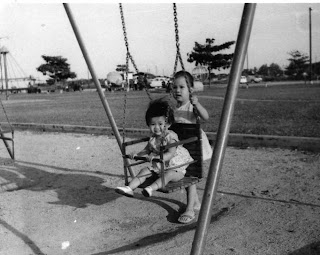 This swing was for younger children. It had a seat with safety bars all round. 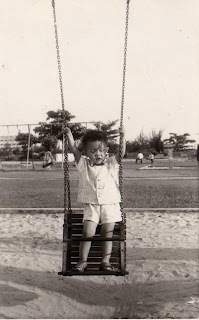 This guy broke the safety rule by standing on the swing. The swings for older children are on the background to the left. 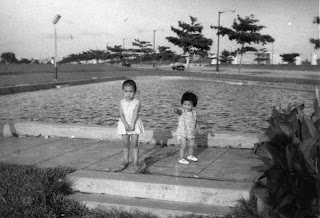 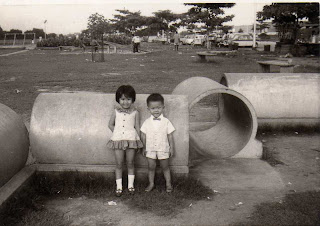 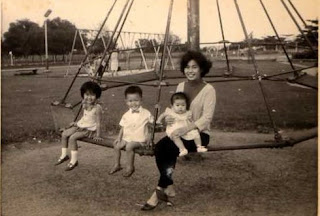 My family at the merry-go-round 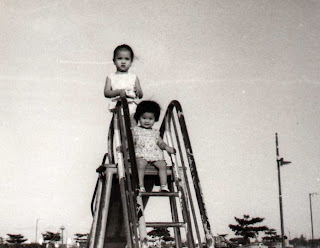 The slide is on the opposite side 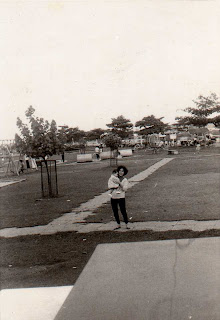 Play areas in the background

Charlee, the puppet was born more than 50 years ago. The first time I met him was during my honey moon with my wife, way back in the spring of 1962 on board the ship MV Vietnam sailing from Singapor to Saigon, HongKong, Japan and back the same way. He was introduced to the passengers after a magic show by the late Mr Khoo Teng Eng. Among the passengers was the then Singapore Minister of Education, Mr Yong Nyuk Lin and his wife. Charlee was very humorous and entertaining. He was one guy who never grow old and has the same handsome face today. Through Charlee, my wife and I came to know the magician and ventriloquist, the late Mr Khoo Teng Eng. They were on their 'second honey moon'. Our friendship blossomed after returning to Singapore. On one occasion a mutual friend arrived from Hong Kong. Charlee was introduced to him. After the introduction cheeky Charlee stole a kiss from my wife! So, ladies beware of Charlie the cassanova and do not let cheeky Charlee get too close unless you want to be kissed. I do not know where he is now. Anyway, I hope he continues to make people happy with his humour and wise talks. 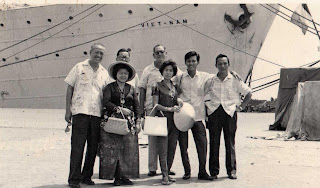 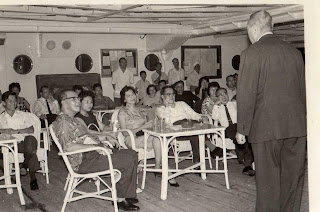 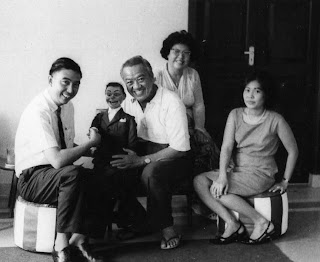 Charlee was introduced to a mutual friend from Hong Kong. 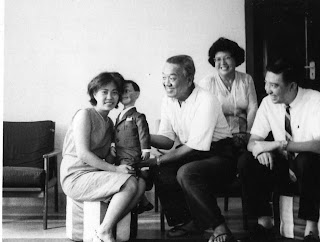 Cheeky Charlee stole a kiss from my wife. 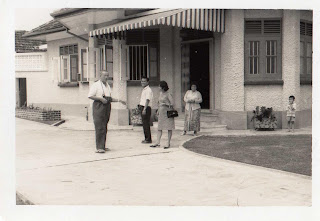