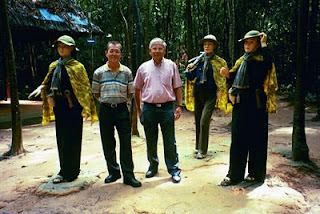 My first visit to Chu Chi tunnel was in 1994 with a Vietnamese friend. I had to pay an entrance fee but it was free for the Vietnamese. At that time Chu Chi tunnel was not a popular tourist spot. So there was few visitors. A Vietnamese guide, usually an ex soldier conducted the tour. It was not necessary to have the required number of tourists for each tour. The number could be as few as two. Before the conducted tour, the group was taken to a shed to view a film clip on the war in South Vietnam. Then the guide showed us a layout model of Chu Chi Tunnel and explained to us the facilities in the tunnel. The tunnel had 4 levels and was 9 meters deep. There were meeting room, rest room, kitchen, clinic and others. Kitchen was at the lowest level and the smoke was filtered at every level. When reaching the ground level, the smoke could hardly be seen from the air. At the juctions where the 4 tunnels met, there were booby traps of bamboo spikes at the corners. It was so awkward to get into the tunnel and crawl through it. I doubt anyone would try for level two. At the end of the tour the guide served us tea and tit bits. We gave him tip which he put into his pocket.

I visited the Chu Chi Tunnel again in 1995 and 2000. In 2000 Chu Chi Tunnel had become a place of interest for tourists. There were many organised tour from Saigon. At the end of the tour all tips went into a common pool to be divided by all the guides. For recent visit of Chu Chi Tunnel read unk Dick's post here 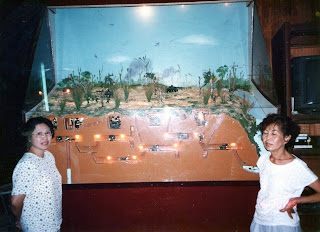 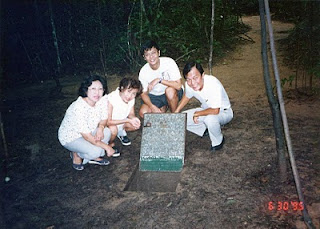 The camouflaged trap door to the tunnels 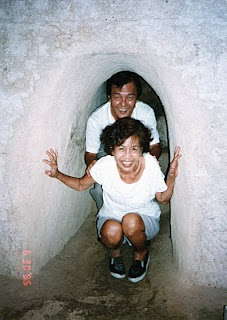 Crawling through the tunnel 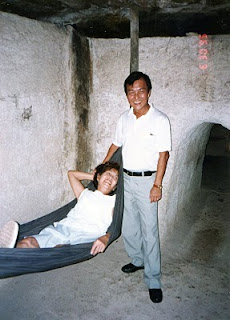 A hammock for resting 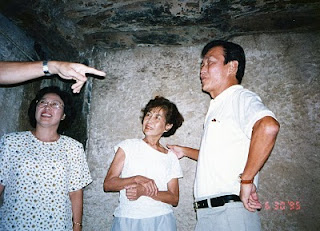 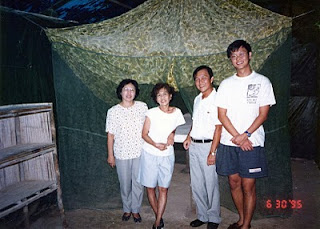 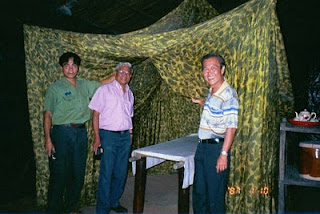 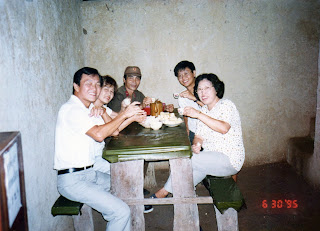 Refreshment area for tourist at end of tour. 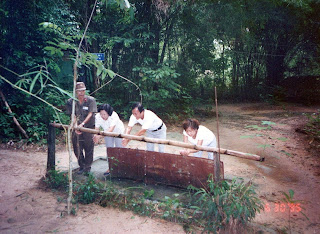 Cleaning up after the tunnel tour
Posted by PChew at 5:52 AM