Photo abums by itself is a dry subject. But the contents inside the albums bring happy times to most people. They help them to reminiscence of the good old days such as their childhood, marriage, holidays, festivals and the list goes on. I have more than 50 big and small photo albums. Occasionally I browse through some of them to be nostalgic and feel sentimental.

Recently I did a spring cleaning of my storage area for photo albums, video tapes, 8mm films, compact discs and boxes of old and new photographs. I have so many photo albums of different types and sizes collected over more than half a century. I would have more if I did not stop collecting them. Since 2005 I have been converting my photos and video clips into digital and burned them into cds and dvds. It saved a lot of storage space.

In the 1950s a photos album required photo corners to be glued onto the pages of a photo album before photos could be mounted onto the pages. Photo corners came in one size but in many shapes. The common ones were the butterfly shape and the triangle shape. It was cumbersome to glue the photo corners and then placed the photo in position. The advantage was that small and big photos could be put together on the same page to create a design. To maximise the space I put all the same size photos together. In the 1960s came the pocket type slip-in photo album for small size photos only. Slipping in a photo was easy but to remove it was a bit difficult as there was not enough space for the fingers to take it out. That was during the black and white photo era.

Next came the stick on or self adhesive photo album as well as the colour photos in the second half of 1960. It was very easy to use. Just put the photos in position onto the page of the album and then placed the see through plastic sheet over the photos. The stick on album could also be used for small and big photos or be together on the same page. The drawback was that after some time the adhesive lost its stickiness and the photos dropped from the album. Some adhesive was too strong and the photos could not be removed without being damage. 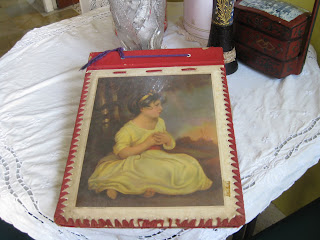 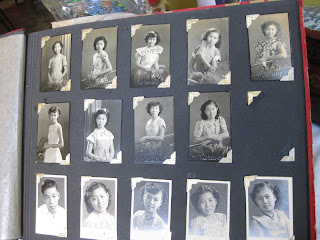 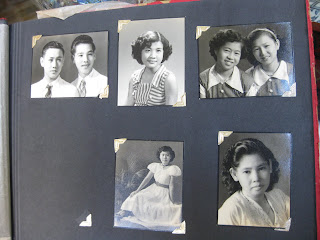 Photos mount onto a album with photo corners 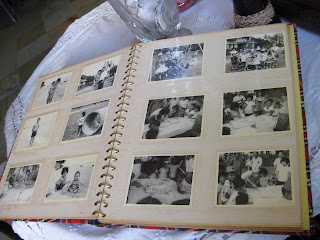 Stick-on or self adhesive photo album 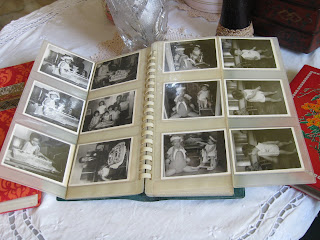 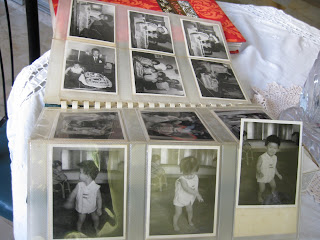 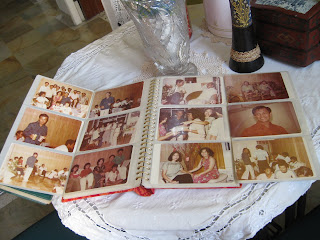 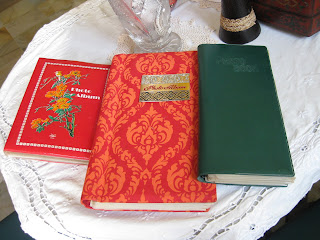 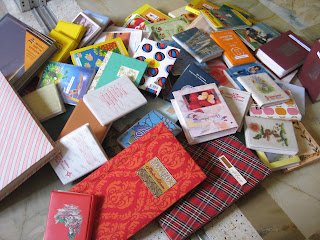 Bond With My Family 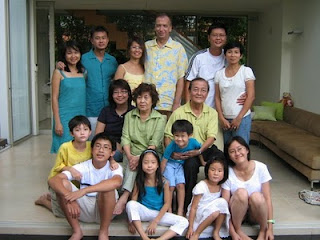 Recently I was interviewed by DadsforLife. It is a national fathers movement that seeks to inspire and involve all Dads to play a more active roll in their children's lives for life.

I personally encourage bonding between a father and his children especially when the kids are young. Once the children is in the upper secondary school it is very hard for a father to connect with them for they prefer to be with their friends. This is my observations between fathers and their children.
I was brought up by my grand mother from a kid to an adult. My parents visited me occasionally. Therefore I missed them. When I got married and have children of my own, I make it point to stay connected with them. I played with my kids very often when they were young. Now that they have children of their own, they still remembered "the elephant game" we played together. The lyrics:
"One elephant began to dance up on a spider web one day. It was such enormous fun that he called for another elephant to come. Two elephants began to dance up on a spider web one day. The lyrics repeated until five elephants dancing as I have four kids plus myself made five. When 2 of my children studied overseas I wrote to them regularly. Even now I continue to bond with my children and grand children whether they are living here in Singapore or overseas. As a father or a grandfather, we can also passed down our good family values to them. You can read DadsforLife interview with me at the website below.