I was in secondary one, and during the August holidays the first thing in our minds was to orgainise a picnic but we ended having 2 picnics in the same month. 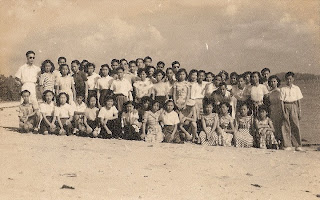 A group photo for all boys and girls 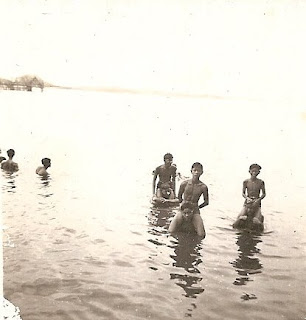 We played horse riding in the sea.
The fun was to push the other 'rider' into the water.
Notice the the 'kelong' or fishing stake on the upper
left of the photo. I have not been to Changi beach
for a long time, so I do not know if any 'kelong' is left. 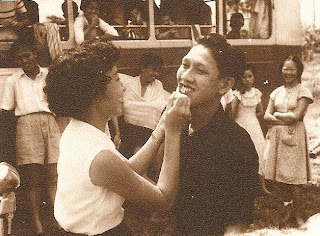 We played games and the loser had to play a forfeit.
The guy above lost in the game and
had to put on the lipstick on his lips.
The lady in the photo was very popular.
All the guys who had to perform forfeit chose her as
his partner. 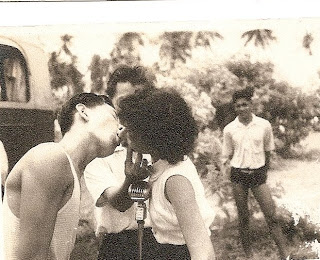 The couple was not kissing because there was
something in between. Maybe they were biting
an apple or ? The person in the centre was holding
the thing to prevent it from dropping. 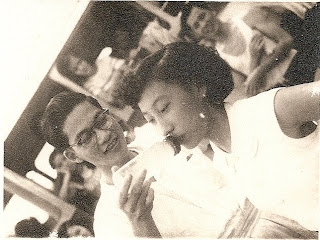 Then it was her turn to perform the forfeit.
Can you believe this? The couple were
next door neighbours and they did not know
each other existed until they met at the picnic.
A fairy tale story always had a happy ending.
They married and lived happily ever after. 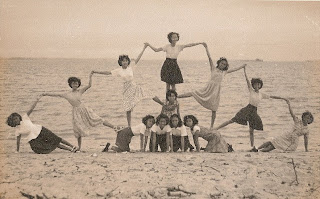 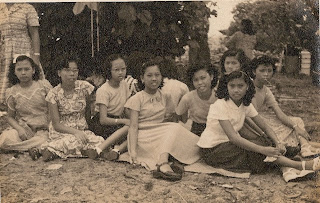 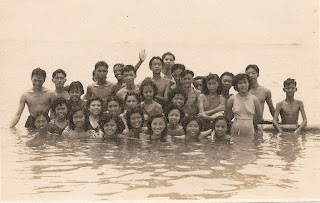 Another group photo. This time they were in the water.
The guy named Mahmood 4th from the left was a
TV comdian before. He died a few years ago.
Pinic at Changi Point beach on 25th August 1951
Many of the boys and girls who came to our picnic on 4th August
asked us to organise another one. We were happy to oblige. 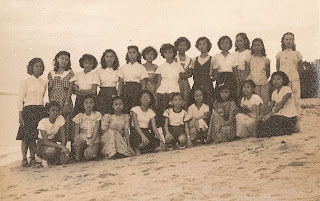 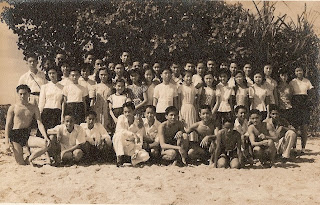 A group photo for all. 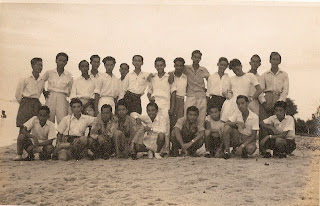 A group photo for guys.
Mahmood was standing 5th from right. 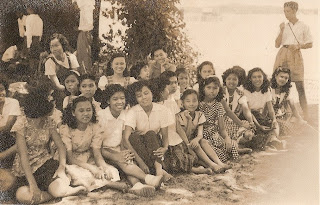 Hey! What were you all watching?
Wish I can remember. 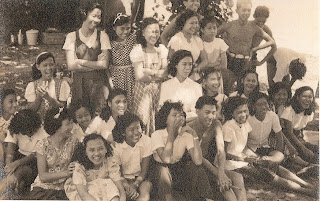 Look! They were enjoying and laughing
at the happening in front of them.
I cannot recollect as it took place more
than half a decade ago. 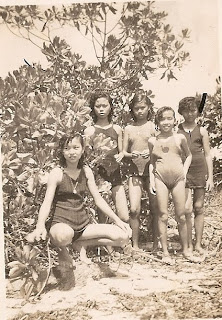 There were bushes at
Changi beach then. Love birds liked to go there
at night as it was breezy and dark.
I wonder whether the bushes are still there.
Posted by PChew at 7:38 PM 5 comments: 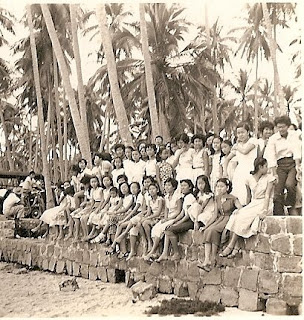 I finished school in 1954 and started work in early 1955. But, the spirit of getting together and having fun continued after leaving school. So, a group of friends organised another picnic at Pasir Ris on 1st Aug 1955.
We went to picnic at Pasir Ris on a lorry. We did not have the luxury of an aircon bus like today. But, we had a very good time singing and laughing together
as the lorry journeyed on.
Pasir Ris then was a coconut plantation as shown in the photo background. There was a brick wall between the plantation and the beach to prevent soil erosion. 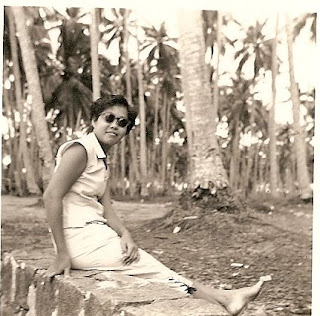 Smile, you are on condid camera!!! 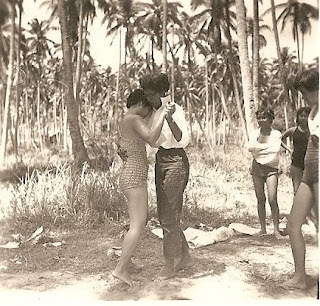 Tea dance was a craze in the 1950s. All youths wanted to learn dancing. Learning at the dance studio was expensive. So, friends taught one another.
No dance floor? Anywhere would do as in this photo.
The young girl was learning to dance from the older girl . Others watched and tried to remember the steps.

The group photo was for girls only. 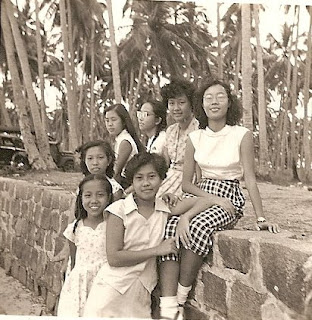 Another group photo for girls only?
Where were all the guys? Perhaps they were dancing at Pasir Ris Hotel. 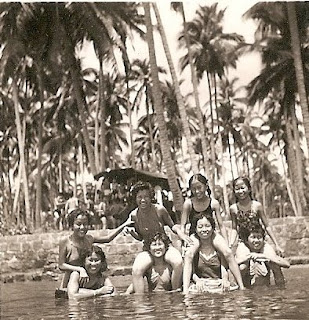 There they were! Crowding at the lorry in the background. 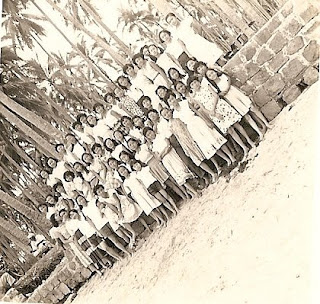 Group photo for girls only.
Posted by PChew at 1:15 AM 3 comments: